Meteora, Greece, April 2003: Metéora, literally translates from Greek as “suspended in the air” or “in the heavens above” – it’s obvious as to why…  It is one of the largest and most important complexes of Eastern Orthodox monasteries in Greece, second only to Mount Athos.

This was my first visit to this beautiful and surreal place, near the end of a hectic six week circuit around Greece and Turkey. I climbed and wandered around for hours exploring the area and visited a couple of the monasteries. The monasteries are built on natural sandstone rock pillars at the northwestern edge of the Plain of Thessaly, near the Pineios river and Pindus mountains in central Greece. They were originally created by hermetic monks seeking seclusion and protection.

When Turkish raiders started invading Greece in the 14th century, the monks found the inaccessible rock pillars of Meteora to be an ideal refuge. Many of the pinnacles are well in excess of 300 meters high… 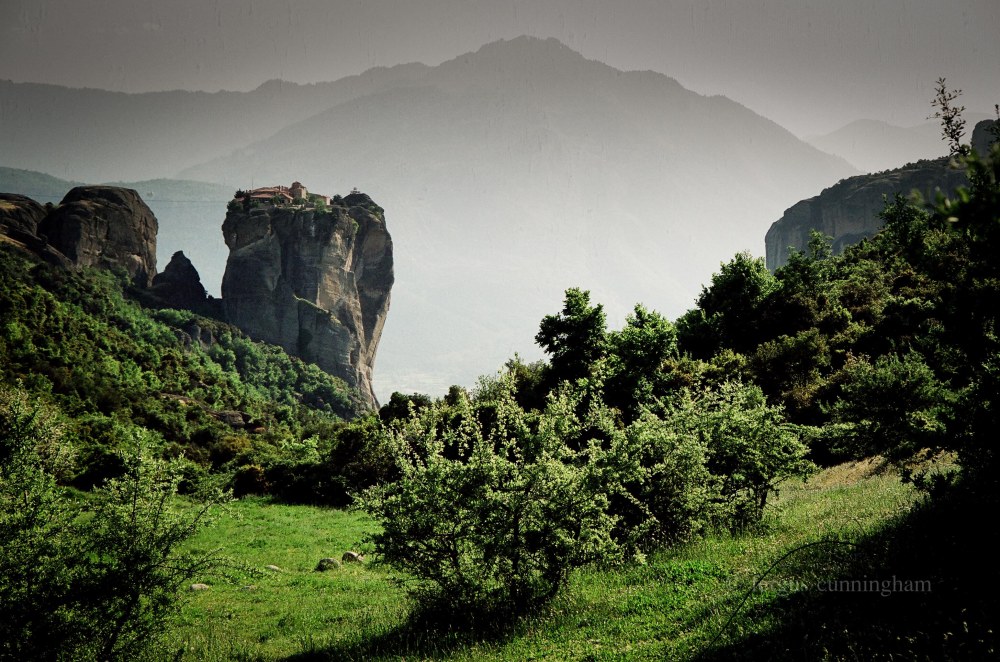 The monastery of the Holy Trinity (above) was used as a location for the finale of the 1981 James Bond film, For Your Eyes Only. 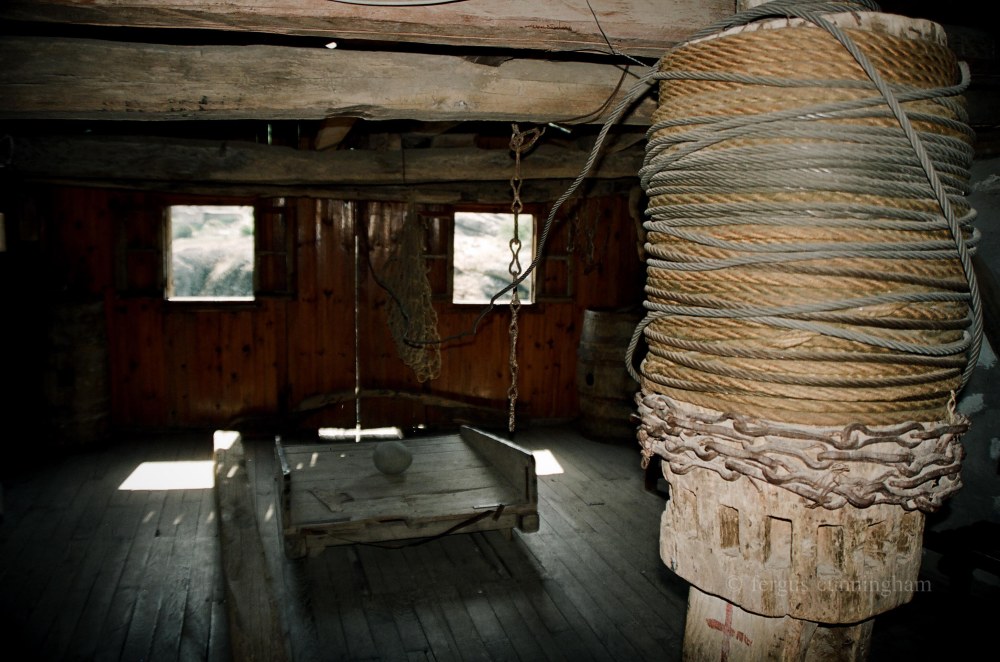 I visited this monastery, including the lift room where the monks and supplies were hauled up and down…

Access to the monasteries was deliberately difficult, requiring either long ladders lashed together or large nets used to haul up both goods and people. 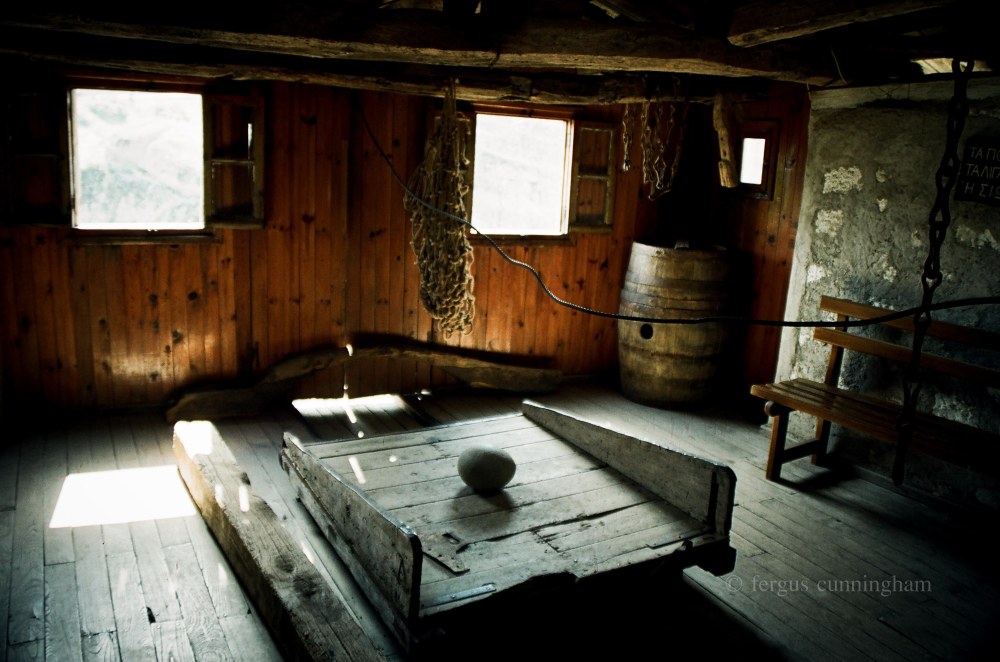 This required quite literally a leap of faith – the ropes were replaced, so the story goes, only “when the Lord let them break”.

Metéora is included on the UNESCO World Heritage list under criteria I, II, IV, V and VII.