My blog just had it’s fourth birthday- and somehow I forgot about it. These photos were taken on a very cold January afternoon in 2004. There had just been a severe blizzard, but it didn’t stop me trudging around Manhattan in the snow- ending up in Battery Park at dusk. The plan had been to get the ferry out to Staten Island, but I just missed the last one. So instead I took photographs as the sun set behind the Statue Of Liberty. Thanks for following me… FC 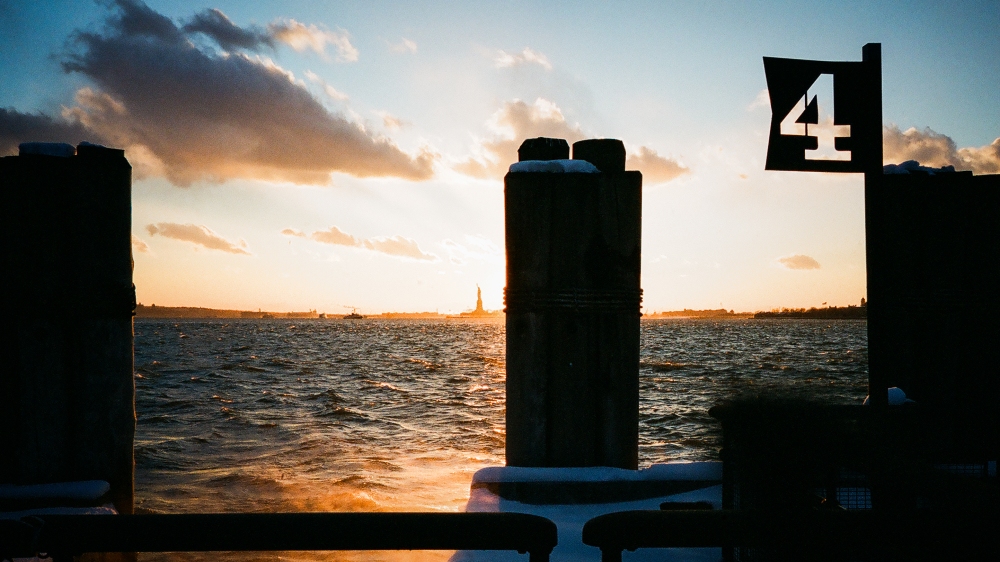