Wellington, New Zealand, today: Had a close encounter with this gang of young local males today. They were your usual hairy, lazy, good for nothing bachelors. One barked at me when I got too close. By strange coincidence, an elderly man was attacked in New Plymouth today (400km Nth West) by a young male seal- completely unprovoked- see here & here 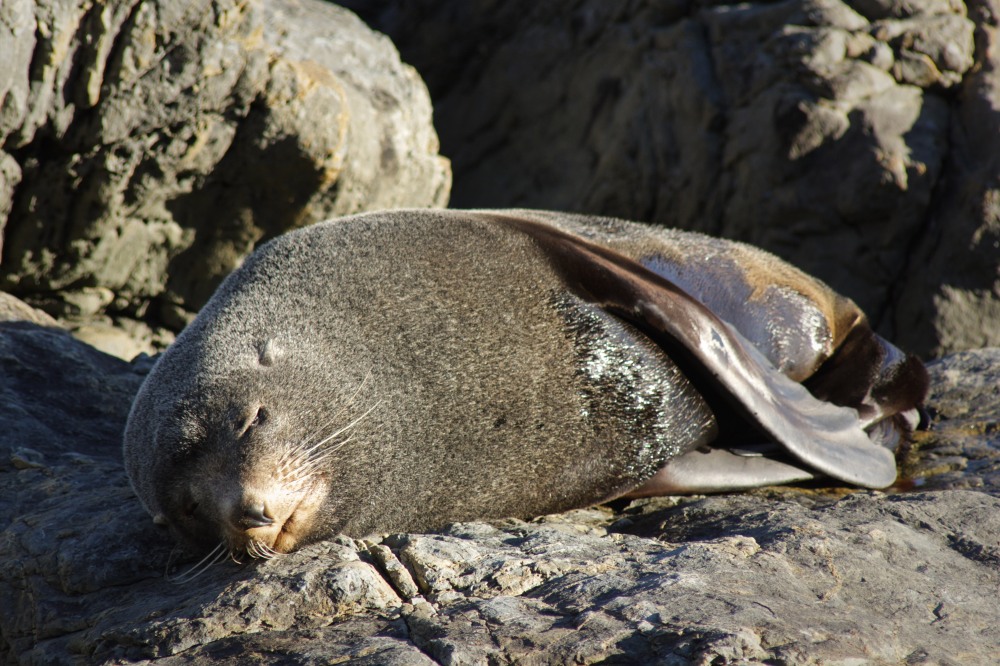 Arctocephalus forsteri, also known as the New Zealand fur seal, or southern fur seal, (kekeno in Māori)), is a species of fur seal found around the coast of the South Island of New Zealand- islands to the south and east, and around the south coast of Australia. Male only colonies are also located on the Cook Strait coast of the North Island near Wellington and vagrants are found as far north as New Caledonia. The English common name New Zealand fur seal is used by English speakers in New Zealand (kekeno in Māori), and southern fur seal by English speakers in Australia.

Although the seals look docile, they can move surprisingly quickly and it is advisable never to approach a female with young or get between a seal and the water, cutting off its escape route to the sea.

The New Zealand fur seal is a fairly large mammal. Males have been reported to be as large as 250kg , but the average weight is about 126 kg. Males can also grow to be 2 meters long. Females are between 30–50 kg on average, and can grow to be as long as 1.5 meters.

They have external ears and hind flippers that rotate forward, which visibly distinguish them from other seals.They also have a pointy nose with long pale whiskers.The seals are covered by two layers of fur, and their coat is grey-brown on their back, but it is lighter on their belly. Some fur seals have white tips on longer upper hairs, which can give the fur seal a silver like appearance. 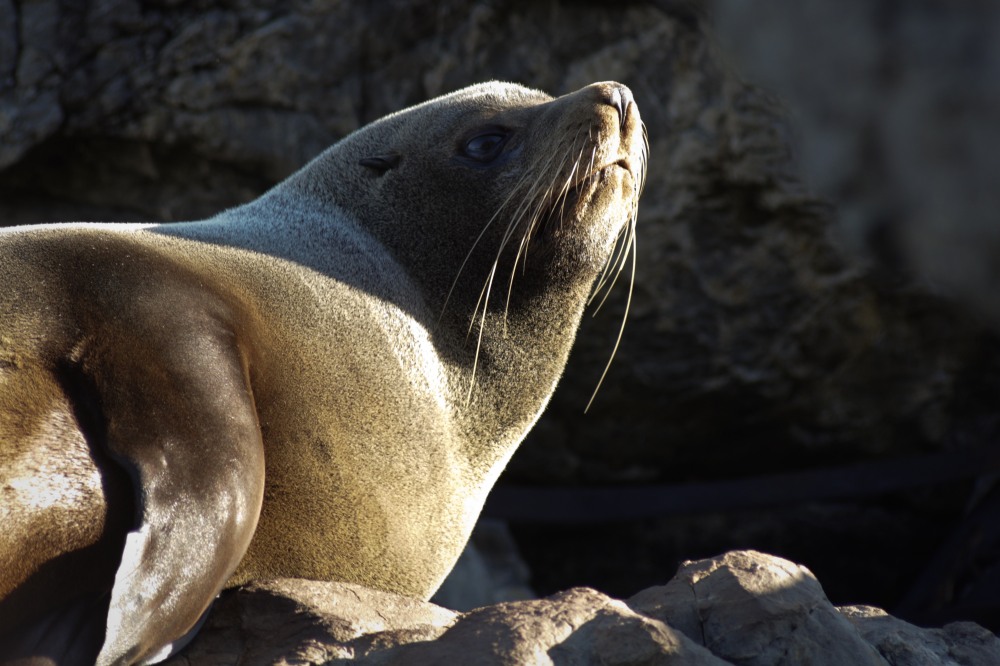