Skip to content
Posted on July 2, 2015 by Fergus Cunningham

Ephesus, Turkey, 2005: On my second visit to Turkey in late 2005, I visited the ancient ruins & tourist mecca of Ephesus.  I was in the area staying in nearby Selçuk so it was rude not to check out this historically important 3000 year old city- despite the tourist hoards.

Ephesus was an ancient Greek city near the coast of Ionia, three kilometres southwest of present-day Selçuk in İzmir Province, Turkey. It was built in the 10th century BC on the site of the former Arzawan capital by Attic and Ionian Greek colonists. During the Classical Greek era it was one of the twelve cities of the Ionian League. The city flourished after it came under the control of the Roman Republic in 129 BC. According to estimates, Ephesus had a population of 33,600 to 56,000 people in the Roman period, making it the third largest city of Roman Asia Minor.

The city was famed for the Temple of Artemis (completed around 550 BC), one of the Seven Wonders of the Ancient World. In 268 AD, the Temple was destroyed or damaged in a raid by the Goths. It may have been rebuilt or repaired but this is uncertain, as its later history is not clear. Emperor Constantine the Great rebuilt much of the city later on and erected new public baths. The city was partially destroyed by an earthquake in 614 AD and the city’s importance as a commercial center declined as the harbor was slowly silted up by the Küçükmenderes River. 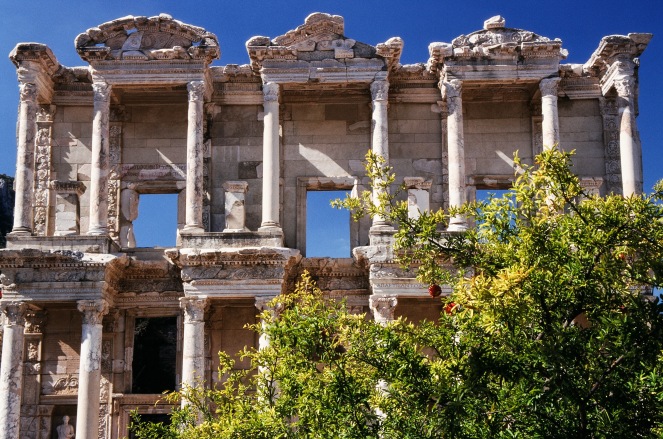 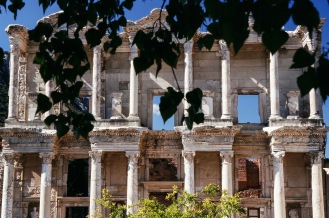 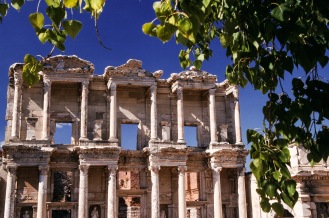 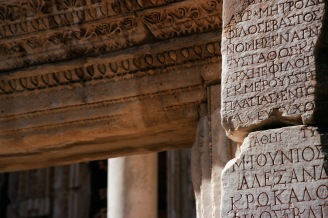 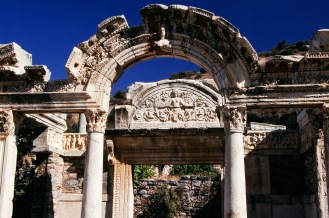 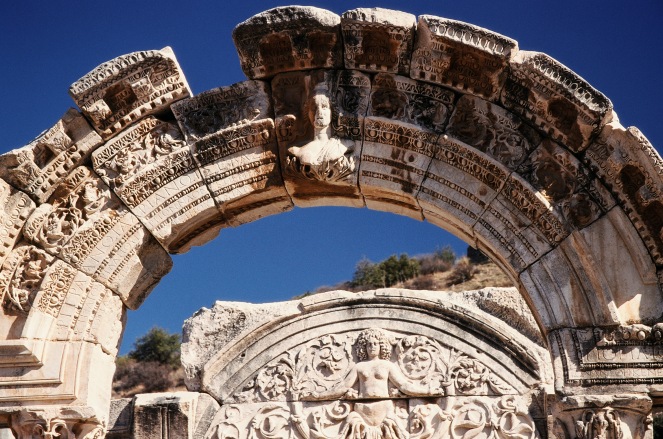 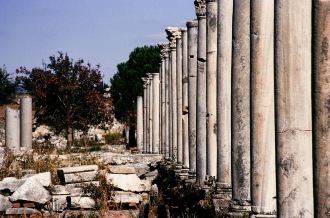 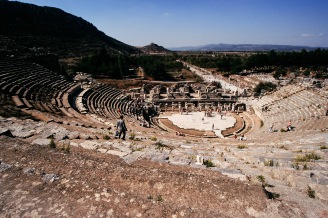 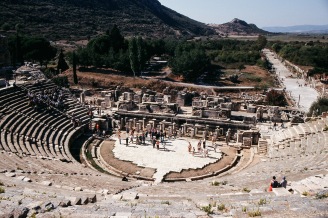 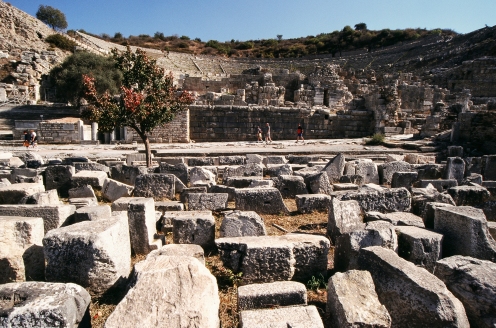 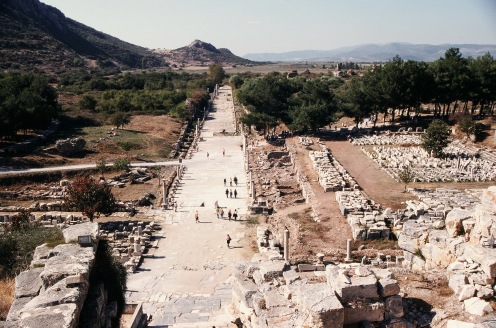 Ephesus was founded as an Attic-Ionian colony in the 10th century BC on the Ayasuluk Hill, three kilometers from the centre of ancient Ephesus- as attested by excavations at the Seljuk castle during the 1990s. The mythical founder of the city was a prince of Athens named Androklos, who had to leave his country after the death of his father, King Kadros. According to the legend, he founded Ephesus on the place where the oracle of Delphi became reality -“A fish and a boar will show you the way”. Androklos drove away most of the native Carian and Lelegian inhabitants of the city and united his people with the remainder. He was a successful warrior, and as a king he was able to join the twelve cities of Ionia together into the Ionian League. During his reign the city began to prosper.

Ephesus contains the largest collection of Roman ruins in the eastern Mediterranean. Only an estimated 15% has been excavated. The ruins that are visible give some idea of the city’s original splendour, and the names associated with the ruins are evocative of its former life. The theatre dominates the view down Harbour Street, which leads to the silted-up harbour.

The Library of Celsus, the façade of which has been carefully reconstructed from all original pieces, was originally built c. 125 AD in memory of Tiberius Julius Celsus Polemaeanus, an Ancient Greek who served as governor of Roman Asia (105–107). Celsus paid for the construction of the library with his own personal wealth and is buried in a sarcophagus beneath it. The library was mostly built by his son Gaius Julius Aquila and once held nearly 12,000 scrolls. Designed with an exaggerated entrance so as to enhance its perceived size, speculate many historians, the building faces east so that the reading rooms could make best use of the morning light.

A part of the site, Basilica of St. John, was built in the 6th century AD, under emperor Justinian I, over the supposed site of the apostle’s tomb. It is now surrounded by Selçuk. The Temple of Artemis, one of the Seven Wonders of the Ancient World, is represented only by one inconspicuous column, revealed during an archaeological excavation by the British Museum in the 1870s. Some fragments of the frieze (which are insufficient to suggest the form of the original) and other small finds were removed – some to London and some to the Archaeological Museum, Istanbul.