UN Base, South Lebanon, November 2005: This UN base on the South Lebanese border sat squarely between an Israeli border post on one side, and a Hezbollah bunker on the other. The UN in-residence at the time was the Indian Assam Regiment One Five (8-33)–  they were busy playing basketball  at the time… The next month a major altercation occured- and the ensuing kidnap of Israeli soldiers by Hezbollah sparked the Israel-Hezbollah war half a year later…    Canon Eos D30 (3.2mp) & Sigma 17-35mm 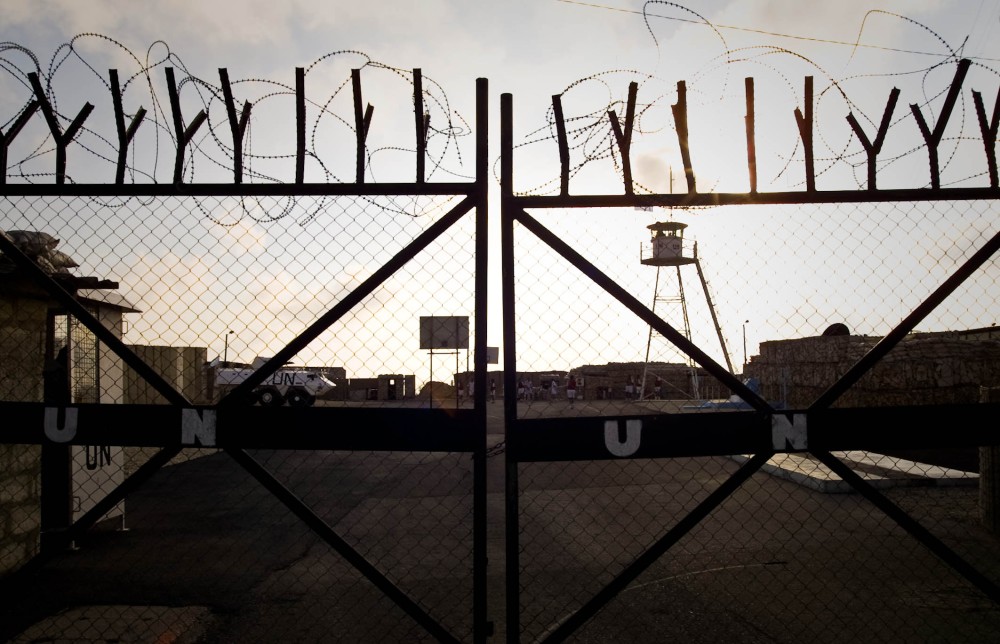 One thought on “UN United”