Skopje, Macedonia, 2002:  Skopje has been inhabited since at least 4000 BC. Under the Roman’s it was known as Scupi, the Ottoman Turks called it Üsküp during their five hundred year occupation…

At the conclusion of the Second World War, Skopje became the capital of the Socialist Federal Republic of Macedonia. 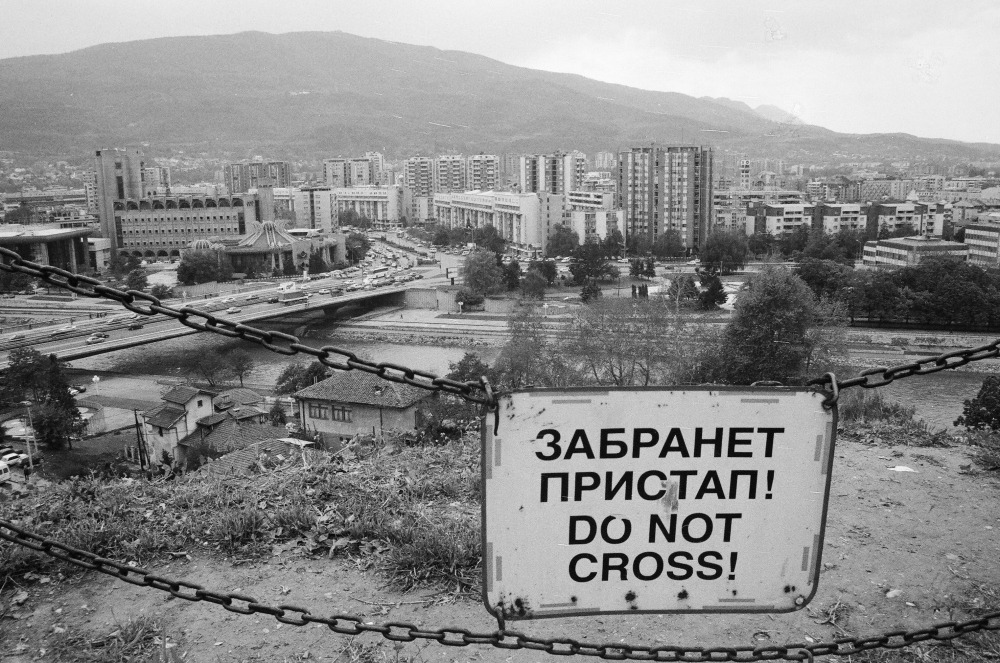 The city developed rapidly but was nearly wiped out by a devastating earthquake in 1963. Over 1000 people were killed, 200,000 left homeless and 80% of the city destroyed.

The rebuilding in modernist neo Soviet design and work by Japanese architect Kenzo Tange, resulted in some bizarre town planning.

While waiting for a bus south to Ohrid, a large earthquake hit. Everyone evacuated the building in panic, I scrambled to close up my bag and sheepishly exited last as the tremours subsided.

The epi–centre was across the border in Kosovo, a number people were killed… 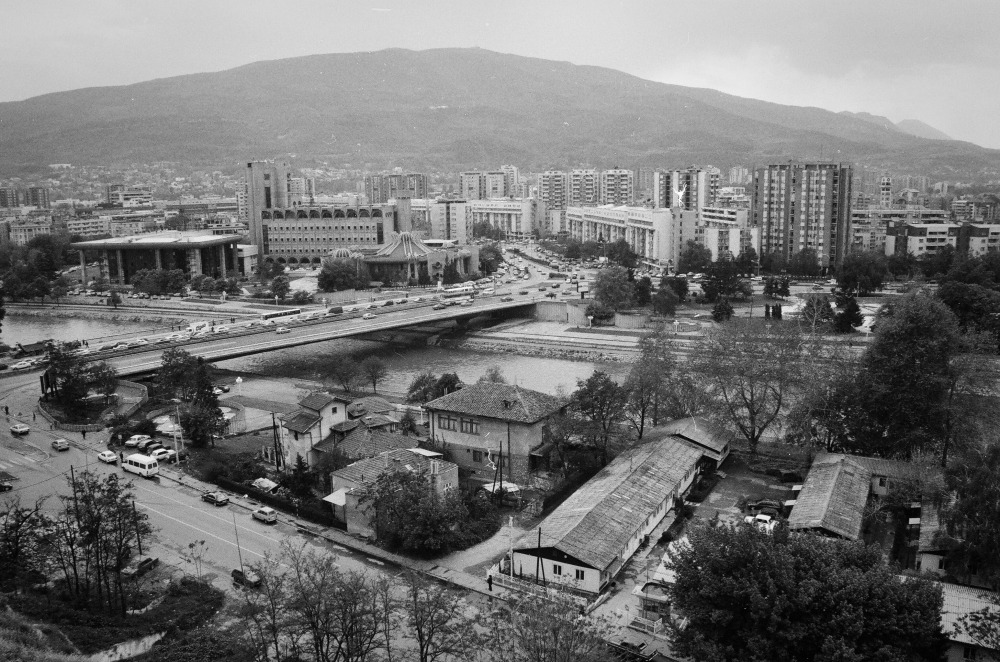