Siem Reap, Cambodia, 3rd March, 2001: Excerpts from my diary that I just  rediscovered:  “We got a tri-shaw out to the land-mine museum…”

“It was just a couple of shacks really, but loaded with defused mines of all shapes & sizes, makes & models- Russian/Chinese mostly- but also local….” 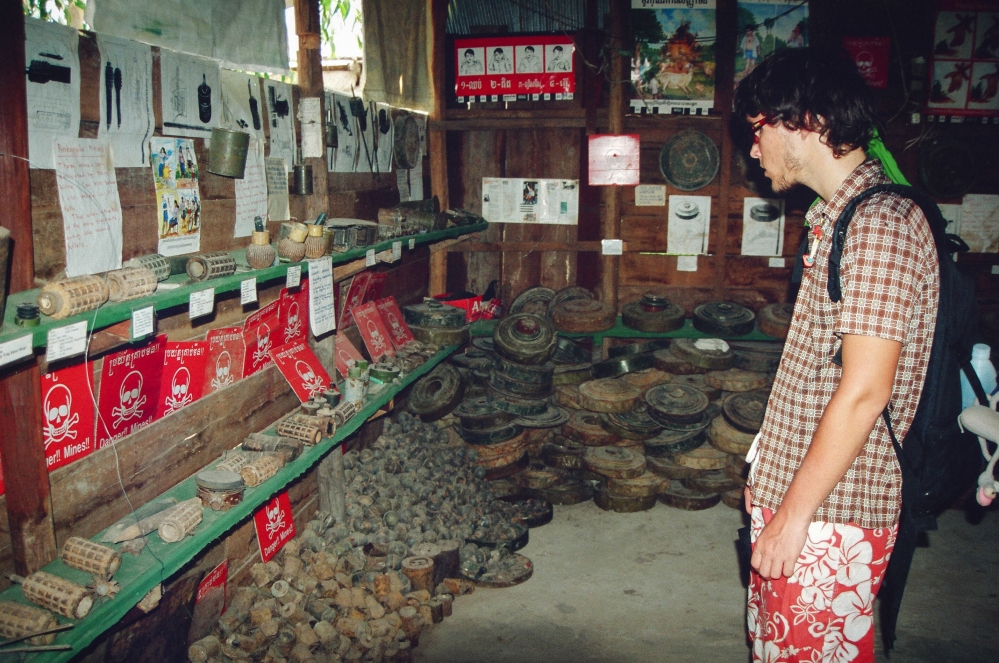 “The guy who set it up (Akira) used to plant mines for the army (Vietnamese) & had plenty of stories about tragic things- K.Rouge etc…”

“Akira’s parents were killed by the Khmer Rouge when he was five. He was forced to leave his village and work in the fields…”

“When the Vietnamese invaded Cambodia & toppled the Khmer Rouge, Akira was conscripted into the Vietnamese army & used to lay mines in the very same fields…”

“He’s now trying to educate people about them about de-mining etc. The government & army don’t like it & want to shut him down, so signed a petition supporting him…”