Belgrade, Serbia, 2002:  The Yugoslav Ministry of Defence building in Belgrade was considered a masterpiece of post-war architecture. It was bombed along with many other “strategic” buildings in Belgrade and elsewhere in The Federal Republic of Yugoslavia during the 1999 Nato bombing campaign. 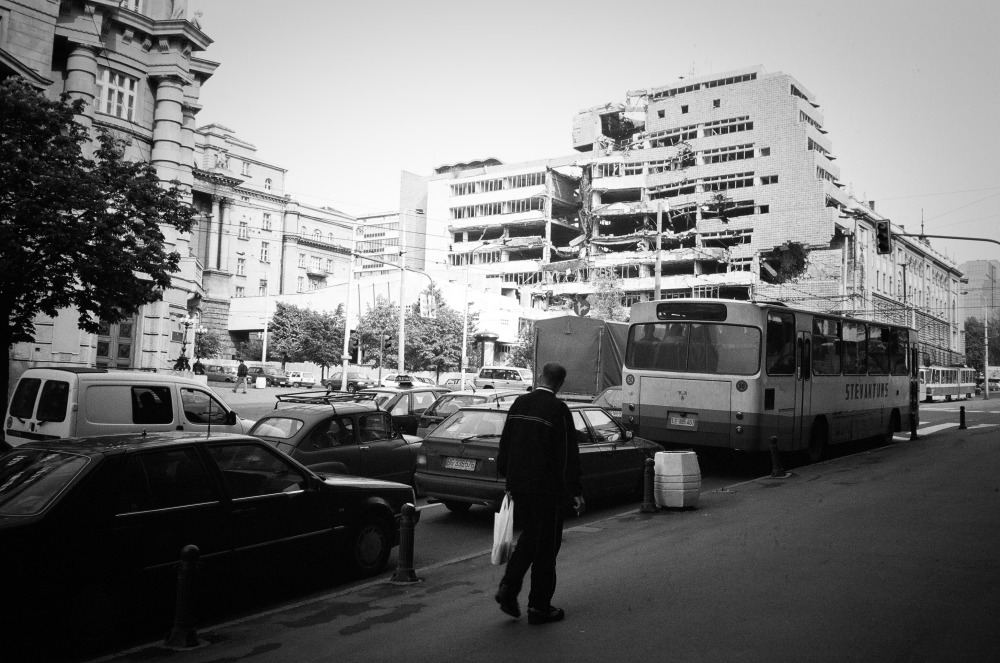 Most of the major bridges across the Danube in Serbia were also targeted, temporary bridges were still the norm when I was there 3 years later.  As far as I know, the former Ministry of Defence building still stands like this, as a reminder…  Canon EOS 100/28-105