Skip to content
Posted on February 1, 2016 by Fergus Cunningham

Leonard Charles Huia “Len” Lye (5 July 1901 – 15 May 1980), was a Christchurch, New Zealand-born artist known primarily for his experimental films and kinetic sculpture. His films are held in archives including the New Zealand Film Archive, British Film Institute, Museum of Modern Art in New York City, and the Pacific Film Archive at University of California, Berkeley. Lye’s sculptures are found in the collections of the Whitney Museum of American Art, the Art Institute of Chicago, the Albright-Knox Art Gallery and the Berkeley Art Museum. Although he became a naturalized citizen of the United States in 1950, much of his work went to New Zealand after his death, where it is housed at the Govett-Brewster Art Gallery in New Plymouth.

Lye was a maverick, never fitting any of the usual art historical labels. Although he did not become a household name, his work was familiar to many film-makers and kinetic sculptors – he was something of an “artist’s artist”, and his innovations have had an international influence. He is also remembered for his colourful personality, amazing clothes, and highly unorthodox lecturing style (he taught at New York University for three years). https://en.wikipedia.org/wiki/Len_Lye 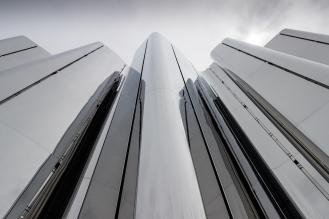 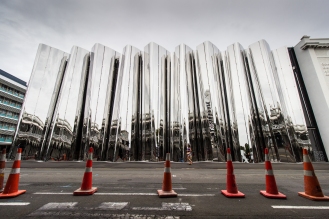 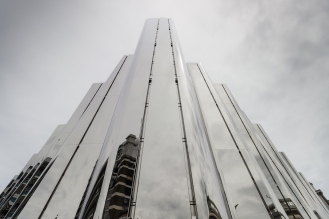 The Len Lye Centre is an international destination for experimental film and kinetic art. It houses the collection and archive of Len Lye, one of the most original artists of the twentieth century. Pioneer filmmaker, sculptor, painter and poet, his extraordinary body of work gives us a unique view into Modernism and offers a rich vein for inspiration and insight.

Led by a growing interest locally and internationally in his work, the centre opened in 2015 adjoining the Govett-Brewster Art Gallery. This state of the art facility houses Lye’s archive, display galleries, an education centre, and a 62-seat cinema. Designed by New Zealand architect Andrew Patterson, the building is a contemporary interpretation of the essence of Lye and a major cultural destination on the Pacific Rim.  http://govettbrewster.com/len-lye/centre